The Media Innovation Center builds on the existing spirit of invention, risk-taking and resourcefulness embedded in the culture of our college and celebrates our rural landscape as a metaphor for agile invention and resiliency.

The Reed College's of Media Innovation Center provides space, technology, curriculum and culture for building a highly collaborative community of entrepreneurs and problem solvers. Our programs are designed to work closely with industry and community partners to tackle the challenges presented in Our Driving Question and to incubate a next generation of media change agents.

Rural is a metaphor.

Rural on a global scale is the most important emerging market right now. Accelerating access to technology will enable the emergence of a new creative class, new economic activity, entrepreneurship and innovation on a global, local scale.

Our grassroots efforts represent longstanding work in digitally disadvantaged settings, and we employ catalytic innovation theory — disruptive innovation for social change — in our research, projects and curriculum. We are recognized for exhibiting a bold spirit and willingness to challenge traditional practice while holding true to our core pursuit of media that matters.

It has been our experience that some of the very characteristics attributed to those who benefit in a disruptive landscape uniquely describe attributes of distressed communities:

Disruption requires that a system must stand to gain more than it loses. This asymmetry between potential gains and potential losses is our unique advantage, and we propose a new perspective for how — and where — innovation happens.

This is the authentic and hard-earned spirit of our center. We are redefining rural as a metaphor… not about geography... but about a larger landscape and pioneering culture adept at navigating steep challenges and divides.

The West Virginia University Reed College of Media is a student-centered school that has been graduating journalists and strategic communicators since 1939. 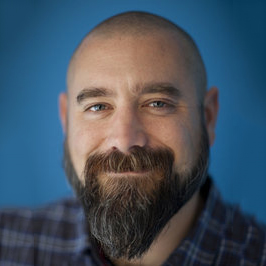 Brian Boyer is the vice president of product and people for Spirited Media, where he is responsible for all facets of product, including design, conception, execution and analysis. Before joining Spirited Media, he was senior supervising visuals editor at NPR. Among the dozens of accolades for Brian’s team were Online News Association, Society of News Design, Picture of the Year, DuPont, Scripps and Emmy awards. Prior to NPR, Brian led the first team in the country with the label “news applications” — now used liberally in the news business — at the Chicago Tribune. His team was also one of the first newsroom development teams to heavily open-source a large portion of their work, and to blog, in great detail, about their methods. He was one of the first two programmers to receive a Knight News Challenge-funded scholarship to study journalism at Medill. 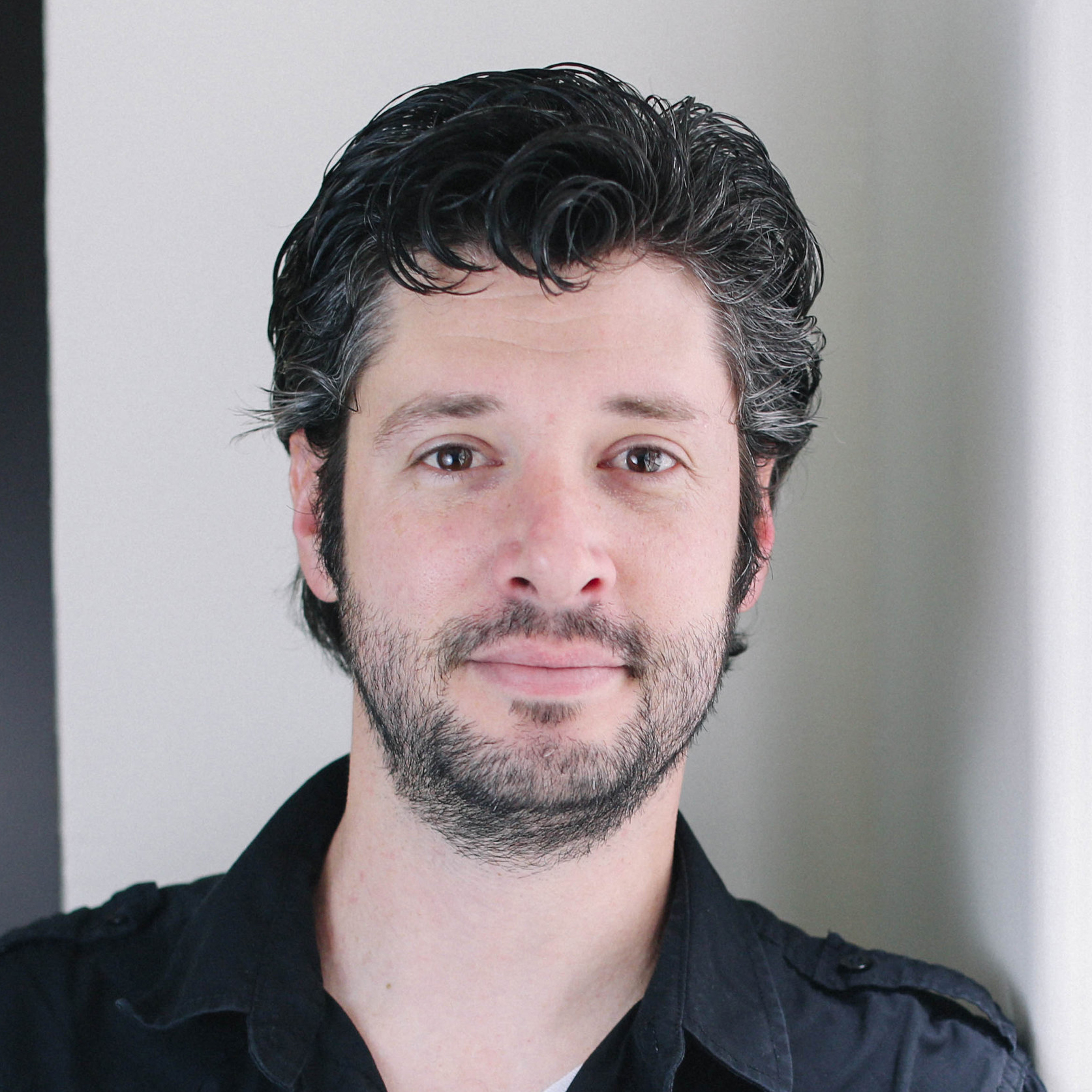 In the last decade David Cohn has been at the forefront of innovation in journalism. During his career he has worked on some of the first experiments in distributed reporting, social journalism, citizen journalism and structured journalism. Today, he is a senior director at Advance Digital’s Alpha Group, which does in-house incubation for the media organization. This comes on the heels of his time as an executive producer at AJ Plus, part of Al Jazeera’s research and development team, leading efforts to turn a broadcast organization into a digital operation. Before that he was the Chief Content Officer of  Circa, a startup redefining how news is consumed on the mobile phone and one of the first organizations to experiment with atomized news structures or “ object oriented journalism.” In academics, he has been a lecturer at UC Berkeley’s journalism school and was a fellow at the University of Missouri’s Journalism school at the Reynolds Journalism Institute. He serves on the board of several journalism organizations including the Global Editors Network, The San Francisco Public Press and the Online News Association.

Anthony DeBarros is a longtime journalist who has specialized in data analysis, investigative reporting, open-source programming, and product development. He is also the author of Practical SQL: A Beginner’s Guide to Storytelling with Data, to be published in 2018 by No Starch Press. Recently, DeBarros was the senior vice president of content and product at Questex, a global B2B events and publishing company. Their titles and events serve experts in niches ranging from biotech and pharma to telecom and wireless to spas and nightclubs. Previously, at DocumentCloud, a service of Investigative Reporters and Editors, he served as director of product development via a grant from the Knight Foundation. While there, DeBarros created pneumatic, a Python library for bulk-uploading documents. He also fashioned a strategy for the platform’s long-term financial stability. While with Gannett—at USA TODAY, Gannett Digital, and the Poughkeepsie Journal—his specialty was data journalism and investigative reporting. Over the years, his teams’ work has been recognized nationally by the Alfred I. duPont-Columbia University Awards, Edward R. Murrow Awards, National Press Foundation, and the Education Writers Association.

Jeremy Gilbert is director of strategic initiatives at The Washington Post, leading the newsroom to identify, create, and execute new digital storytelling experiences. He collaborates with journalists, engineers, and advertising department, to develop ways to effectively fulfill the Post's journalistic mission while also delivering innovation for advertisers. In this role, Gilbert has reimagined election night experiences, created The Post’s first virtual reality stories, built a freelance network that changes how The Post covers national stories and launched a new leadership vertical. Previously Gilbert led digital strategy at National Geographic, taught journalism at Northwestern University, worked at The Poynter Institute. Throughout his career he has alternated between journalism and digital design.

John Ketchum is the Managing Editor of AfroTech. Before that he worked as the Deputy Editor of SB Nation, on the social media team at CNN and was at the Center for Public Integrity, an investigative news outlet based in Washington, DC. While at CPI, Ketchum ran the center’s social media accounts and was responsible for the organization’s overall audience engagement strategy. Before coming to CPI, he worked as a producer for NPR’s Morning Edition. Prior to NPR, Ketchum helped launch the Wealth and Poverty desk at Marketplace, the public radio program covering business and the economy. He also served as a 2016 WVU Reed College of Media Innovator-in-Residence.

Emily Ramshaw is editor-in-chief of The Texas Tribune. Under her leadership, the Tribune has won a Peabody Award, nine national Edward R. Murrow Awards, IRE's Gannett Award for Innovation in Watchdog Journalism and eight honors from the Online News Association. Before coming aboard as one of the Tribune’s original reporters, Ramshaw spent six years at The Dallas Morning News, where she broke national stories about sexual abuse inside Texas’ youth lock-ups, reported from inside a West Texas polygamist compound, uncovered “fight clubs” inside state institutions for the disabled and investigated a series of deadly transplants where patients received rabies-tainted organs. The Texas APME named Ramshaw its 2008 Star Reporter of the Year. Ramshaw serves on the board of the Pulitzer Prize.

Elaine McMillion Sheldon is a Peabody award-winning documentary filmmaker based in West Virginia. Her work explores universal stories of identity, upheaval, roots, survival, resilience, and hope. Sheldon is the director of "Heroin(e)" a Netflix Original Documentary short that follows three women fighting the opioid crisis in Huntington, West Virginia. "Heroin(e)" was nominated for a 2018 Academy Award. In 2013, she released "Hollow," an interactive documentary that examines the future of rural America through the eyes and voices of West Virginians. Hollow received a Peabody, Emmy nomination and 3rd Prize in the World Press Photo Multimedia Awards. In 2016, Chicken & Egg Pictures awarded her with the inaugural "Breakthrough Filmmaker" award. Sheldon was a 2013 Future of Storytelling Fellow, and named one of the "25 New Faces of Independent Film" by Filmmaker Magazine and one of "50 People Changing The South" by Southern Living Magazine. She's a founding member of All Y'all Southern Documentary Collective. She has been commissioned by Frontline PBS, PBS NewsHour, Center for Investigative Reporting, New York Times Op-Docs, TEDWomen, People Magazine, Lifetime, Field of Vision, Mashable, The Washington Post, and The Bitter Southerner. She was recently named a 2018 USA Fellow by United States Artists. Sarah is currently the Visual Editor at Reuters. She previously worked for Quartz where she was a things editor, the Wall Street Journal where she was a visual editor, Fortune magazine where she was the infographics director, and the New York Times where she was many things including editor of the business graphics team. She’s interested in technology that disrupts technology, finding the human part of data and how the center is defined by the edges. Slobin was also the first WVU Reed College of Media Innovator-in-Residence.

Amy Webb is a quantitative futurist. She is a professor of strategic foresight at the NYU Stern School of Business and the Founder of the Future Today Institute, a leading future forecasting firm now in its second decade. Webb was named to the Thinkers50 Radar list of the 30 management thinkers most likely to shape the future of how organizations are managed and led and was shortlisted for a 2017 Thinkers50 RADAR Award. Webb is a 2017-18 Delegate in the United States-Japan Leadership Program. She was a 2014-15 Visiting Nieman Fellow at Harvard University, where her research received a national Sigma Delta Chi award. She was also a Delegate on the former U.S.-Russia Bilateral Presidential Commission, where she worked on the future of technology, media and international diplomacy. Her most recent book, The Signals Are Talking: Why Today’s Fringe Is Tomorrow’s Mainstream (PublicAffairs/Hachette, December 2016), details what technological changes are ahead, what impact they'll have on business and society, and how you can forecast the future yourself. It was a Washington Post Bestseller, selected as one of Fast Company’s Best Books of 2016, one of Amazon’s best books of 2016 and won the Gold Axiom Award for business books. Signals has been released in multiple international editions and has been translated into a number of languages. Her new book new book—a manifesto about artificial intelligence and implications of humans talking to machines—will be published early 2019. Webb regularly contributes research, op-eds and analysis to a number of publications, including the Harvard Business Review, MIT Sloan Management Review, Los Angeles Times, Inc. Magazine, and elsewhere, she is a guest on various broadcast shows (television and public radio) and podcasts. She also consults on movie and television shows that are set in the near and far future.

Derek Willis is a news applications developer at ProPublica, focusing on politics and elections. He previously worked as a developer and reporter at The New York Times, a database editor at The Washington Post, and at the Center for Public Integrity and Congressional Quarterly. He began his journalism career at The Palm Beach Post. He is a co-founder of OpenElections, a project to collect and publish election results from all 50 states.

Jim Brady is the Founder and CEO of Spirited Media, which operates the local news sites Billy Penn in Philadelphia, The Incline in Pittsburgh and Denverite in Denver. He also currently serves as the public editor for ESPN. Before launching Billy Penn, Jim has served as Executive Editor of washingtonpost.com, Editor in Chief of Digital First Media, General Manager of TBD.com and head of News & Sports for America Online. He is a Past President and current board member of the Online News Association, and also serves on the boards of the American Society for News Editors and the National Press Foundation.